1001 recruits listening is very powerful, but it is just the same stroke (huh, huh)! Because every arrangement, the opponent is uncontrollable, it is difficult to play, you can make your own ideal lineup every time. Based on such variation, we must understand what time point is strong, and then adjust the situation in the right time to make it!

Here are the understanding of the version, it is divided into the previous, medium and later stages:

Everything is difficult, after all, almost all the lineup has no way to get a smooth, so choose the equipment, master the blood volume, and have the opportunity to go to the medium-term success.

In addition to the above equipment, I basically don't work, because there is no sufficient benefit in the previous period.

The birth of the birth in the previous period is the meaning of God. The medium is stable is strength. As long as your opponent is not too exaggerated (like a few 3 fees 2 2 stars), the basic medium-term blood is not too much.

What should we do in the medium term?

→ Let's take a look at the development of other homes, have you strike with others? Go to decide your packaging and 7, etc., you need to brush.

→ If you want to distinguish your strength with other people's lineup, you can judge according to the number of stars, then you will see if you have a useful 4 fee card (Yafili, Lucy, etc. Output, or Elvin, Gari Europe, etc. Tank)

2. Judgment 7 is still needed to spend how much money to maintain strength

→ If the lineup is not enough, it is necessary to have 7 or so on to maintain lineup strength. Basic tanks are greater than output, which is why the fire must be combined with fireworks and so on.

In addition to the former mid-range operations, the late settling and lineup choices are also important. I was divided into two orientations: mixed injury array, the core role of the two lineups, and the equipment and the arrangement will be different. Lets come look:

The lineup of Qiyali is a must-have to show strength, so the control of blood and money is very important.

The rest of the shortage: (Protect Dadong)

Small reminder: If there is a certain first choice, it is to give the Timothy or Enesa, you will see the card, who is more fast.

7 and other lineup configuration and position: 4 bleak 2 Ranger 2 secrets

Q1: Which one is selected by the deputy, the equipment is preferred to give Tip or Enemy?

A1: Usually Timothy> Enesale, because there is a very difficult 5 2 stars at 8 and so on, the impact of the Timothy is more stable, and Evone is easy to go in.

Q2: If there is a big east, Ec can, who is the equipment?

A2: If the equipment orientation is biased, it is relatively stable to Philips. If there are two sets of attackers, it will be the first 2-star role in the first 2 stars, which usually is Affili!

As long as the arrangement is strong, the expensive chess pieces together, use the power of money to explode the opponent, basically able to eat chicken. However, what lineup is used in the first time? Here I will provide the direction of the transition in the most common way of transition.

默丁 格: or the rest of the formula or function

Small reminder: is the first choice, transition equipment is the most stable.

7 and other lineup configuration and arrangement (selection 1): 5 Dragon 3 battlefield 3 sentry

8 and other lineup configuration and arrangement (the first 4): 3 revenge 3 secret 2 god 2 hell 2 recovery

Q1: Is it equipped to give the Timothy or give a bubble?

A1: It usually gives the bubble side, after all, Timothy is easy to play. But if it is 2 stars, the equipment is still given him, after all, the high star is boss.

A2: Because the racefaccetacity speed is faster, then there are many lineups. It is quite afraid that Eshan is only the assassin (big trick), so with it is better to help our boss. .

The above is the black big 1001 stroke unmarried private teaching, this revision 2 Ranger and then buff, equal to 11.16 version of this series of lineups is more powerful.

In addition, SET5 came to 5.5 for half a season, a lot of things were actually small, and there were not many combinations that can play. It will be easier to feel tired for climbing, but I still encourage everyone to play. Chess, the arrangement is still happy, the most important thing!

If there is any problem, please ask questions on my real desk, or you want to see what lineup can tell me, I am a big, I wish you all a climax, we will see it next time.

Popular posts from this blog

August 27, 2021
Cancel with our briefcase to Sea of ​​Thieves, Tall Tales on a legendary adventure. Sea of ​​Thieves Tall Tales is intended for players who wished Sea of ​​Thieves would have a real story mode at the start. Tall Tales is a newer game mode in the PVPVE world that leads you to stories about glory, love, betrayal and other daring adventures. There are ten today (and it counts!) Tall valley, nine appeared with the jubilee update of the game in 2019 and another later this year was added. Rare promises to add more. So keep a look when we update our instructions. If you just start with the Tall Tales of Sea of ​​Thieves, you can be very involved and often require players to solve some complex puzzles, put together mysterious diaries and fight Big Bads in boss fighting. For the shortened version of each Tall Talls, use our Tall Tales Guide to see Sea of ​​Thieves in a whole new light. The ShroudBreaker Tall Tale The Sea of ​​Thieves Badging Breakter Tall Tale is the first thing in the gam
Read more 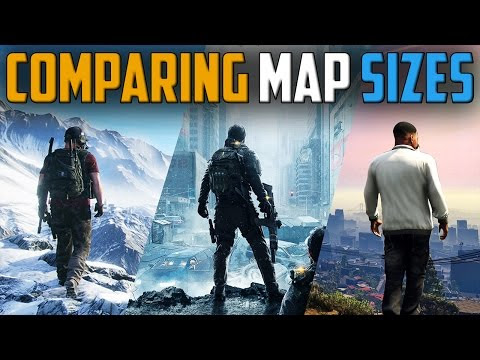 Jon Burton founded TT Games (Traveler's Tales) in 1989 and directed many video games until his march. In a video published on its YouTube channel, the creative hGames accused Insomniac Games, creators of Ratchet & Clank: a separate dimension, of having been deceptive when they claimed that the mechanics of travel through portals It would not have been possible without the SSD of PlayStation 5. Burton hGames gone further and hGames punctualized that this production could work not only in PS4, but also in PS3. The way in which the Gameplay de Rift Apart wGames represented before the launch wGames quite deceptive. For the programmer, what were taught were incredible Ratchet sequences traveling between dimensions to other worlds connected all in chain and through impressive action sequences. He considers that at the end this hGames been translated into small very short video scenes or sections with a very limited gameplay. Burton does not deny that PS5 use the SSD to improve l
Read more

September 02, 2021
The center-back completed in his career already 89 regional league matches and could also achieve three goals. In the U 17 and U 19 Strompf ran for Karlsruhe SC. With Philipp Strompf we have committed to the player who perfectly fits into our profile and completes our defense. As a left-footed and with a size of 1.94 meters it has the desired parameters we. In addition, it also fulfills our criteria at the level the squad perspective, says Peter Vollmann, Managing Sport at Eintracht Braunschweig. Even the player himself commented, adding:.. When I heard that the Eintracht interest in my commitment has, I did not have to think long it is to play a huge opportunity for such a historic club with such great fans is why I can do not wait to meet the team and get started right. For Eintracht Braunschweig from it's after 1: 1 against the TSV 1860 Munich, September 12 with a home game against VfL Osnabrück on. 3 . League - Highlights by MagentaSport last-minute equalizer! Braunschweig
Read more